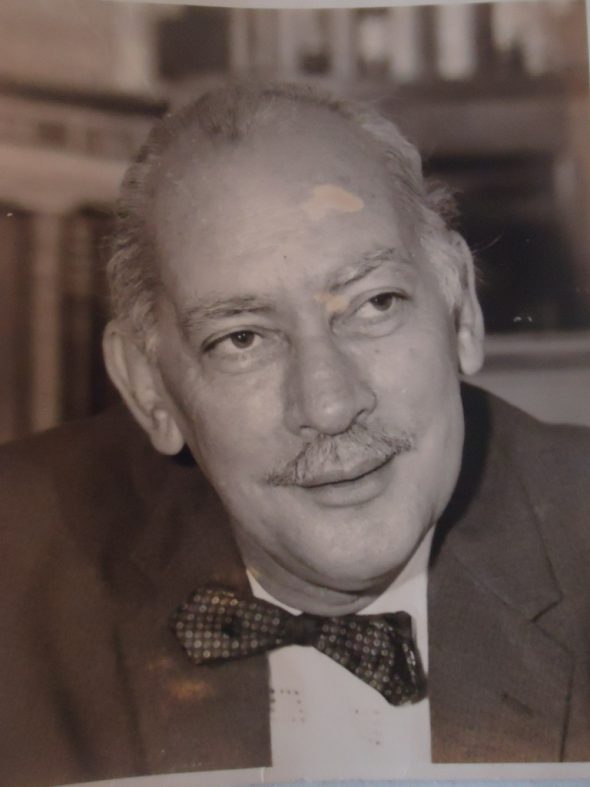 In 1940, a Junior Centre was opened at East Street by Mr. Robert Verity and was the first lending library for children in Jamaica and an Exhibition centre for Jamaican artists.

Mr. Verity affectionately called ‘Uncle Bob’ was born in British Honduras (Belize), October 6, 1912, to parents Douglas and Lena Verity. At age seven, he and his family migrated to Jamaica, following which he was educated at the Jamaica College and Kingston College. He later studied in Osterley, England, to enter the priesthood, but was sent back to Jamaica when he fell severely ill. He underwent surgery in the United States, which resulted in the removal of one of his lungs. Life at the Institute of Jamaica. Mr. Verity joined the Institute of Jamaica in the late 1930’s. In 1939 with the help and encouragement of Sir Phillip Sherlock (Secretary/Librarian at the time), the Junior Centre was started. This was then the first library for children in the island.

On May 31, 1940, the Governor Sir Arthur Richards, officially opened the Junior Centre. The site was then called No. 8 East Street (now 19 East Street Kingston). Mr. Verity’s dream, was that the Centre would be the place where young people could, “bridge the enormous cultural gap” which existed in the late 1930’s. It was from this vision, that the Junior Centre became the hub for music lessons, dancing and painting.

Bob Verity inaugurated a series of Lunch Hour Concerts, which sought to create and sustain awareness and appreciation for classical arts. He was also host of the then popular radio feature—Junior Centre Magazine. Later (1963), he became Deputy Director of the Institute of Jamaica, giving 26 excellent years of service to the Company. His wife Mrs. Carmen Verity carried on the dream of the Junior Centre, where she became supervisor of its activities.

Today the Junior Centre functions under the mandate of the Programmes Coordination Division to, “provide the facilities for young people to acquire knowledge, develop skills in the various art forms so as to foster their intellectual, aesthetic and cultural growth.”